World According To Garth is a full 2-hour Garth Brooks tribute production unlike anything you have ever seen before. Incorporating state of the art lighting and effects such as thunder, lightning, fire, and rain, coupled with Christopher Seebeck's spot on Garth Brooks voice, precision mannerisms, his endless passion and energy that recreate all of the emotions you feel being in the audience at a Garth Brooks concert.

"This is Rock'n'Roll in the 21st century."
​
Joining together in the name of fun & joy, the 4onthefloor bring their well-oiled, high-octane, rock’n’roll to the     world with an immediacy rarely seen on stage in the 21st century. The furious delivery ebbs and flows with sing-a-  long anthems and breakdowns to soaring guitar solos and unbridled full-bore rock. Camaraderie is a common   theme, and stompers are finding like-minded rock’n’rollers at every show.

Hailing from Minnesota, they take the heavy road route, grooving in the tracks of so many rubber to the road musicians before them. Following in the footsteps of some of the band’s influences, being on the road plays a large role in the writing. The merriment must come from all angles, including the stage for a memorable show and the 4onthefloor BRING IT. Douglas writes about experiences, failures, successes, and not-so-much the what-could-have-beens. Life is for the living and this is the soundtrack to a life well-lived. Keep the fire in your eyes. 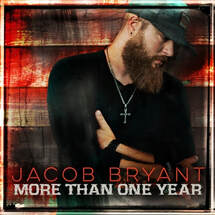 ​  Growing up in the rural North Georgia mountains down a three mile dirt road, Jacob Bryant picked up his first guitar at eight years old. He was influenced by the Bluegrass music his family played and later the southern rock and traditional country music he discovered.  As he got older, Jacob began playing in church where he served as leader of the youth group. Family and church jump started his interest in choosing a career in music. The singer/songwriter continued to hone his craft and took his show on the road after graduating high school. But It was New Year’s Day 2010 when his life changed forever. He was  driving to Nashville when he got the call about his mom dying and his whole life fell apart throwing him into a long tail spin of depression.